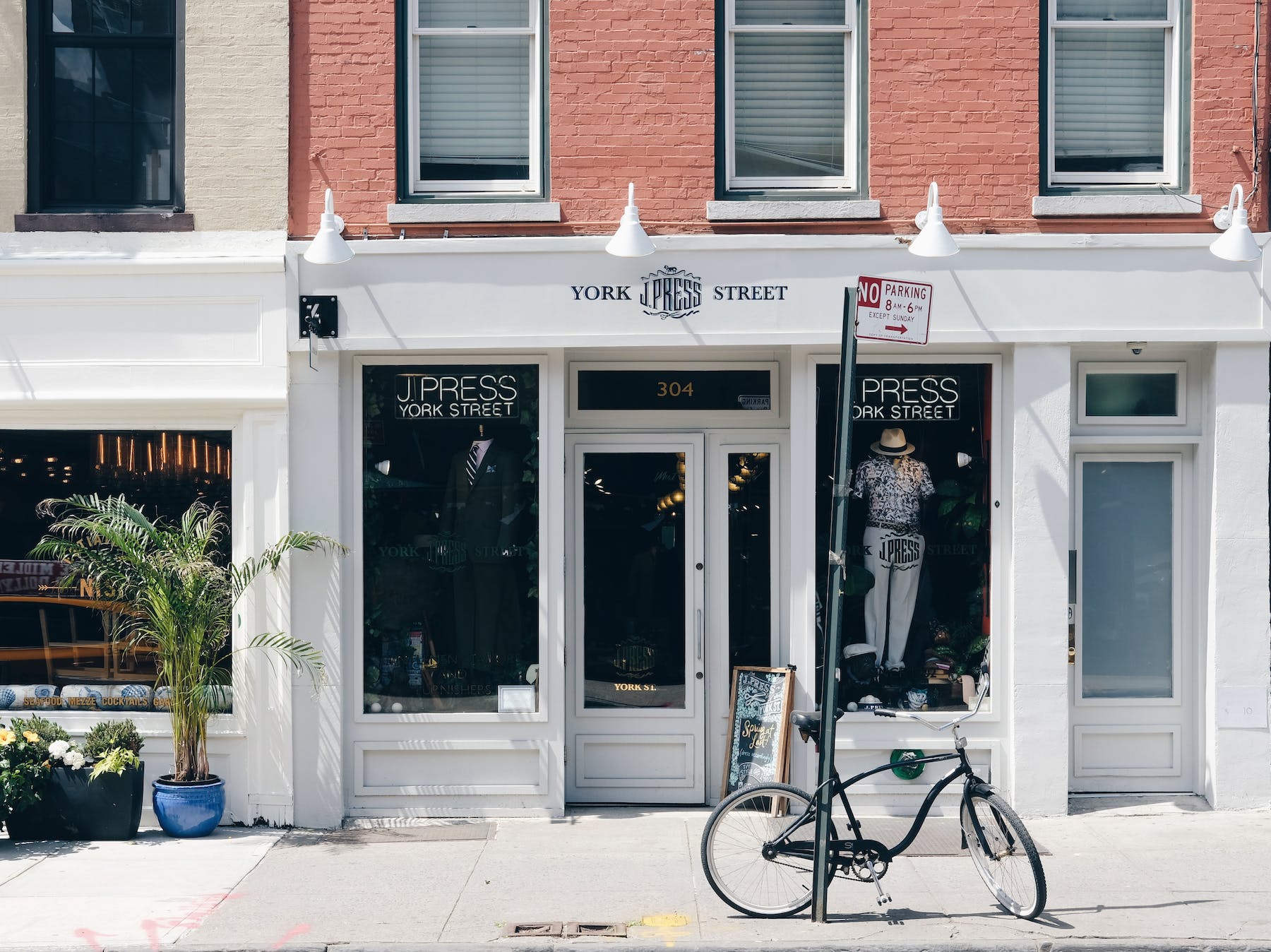 Shopify recently released its updated point-of-sale (PoS) system, making it one of the only platforms on the market that works for both your e-commerce store and your physical retail business. There are a number of benefits that come with a seamless omnichannel solution like Shopify, and many brands have already taken advantage.

For the one million+ businesses using Shopify, one of the major draws of the platform is its suite of additional apps and plug-ins, some designed specifically for PoS like Endear. These successful Shopify stores make it even easier to customize the platform to meet your needs and the needs of your customers.

Considering the kind of effort it takes to run a business that operates both online and offline, having one system that serves both certainly takes away a lot of unnecessary work. If you’re thinking about opening a store to go along with your website or vice-versa, here are some of the best shopify stores to look to for guidance.

These Shopify store examples are providing customers with a truly omnichannel experience:

The founders of Universal Standard set out to create a more inclusive shopping experience for women of all sizes — from 00 to 40 — by offering modern essentials that fit any body type like it was made just for them.

Launched as a DTC e-commerce brand in 2015, Universal Standard opened its first store in 2018 in NYC and now has five locations. In fact, the brand is so focused on ensuring customers have the best-suited clothes that they offer one-on-one styling services both in-store and through their online store. They also provide a free clothing swap service should a customer’s size change within the year.

The founders of Margaux realized that no two feet are the same — sometimes even when they’re on the same person. In response, they created their entire brand to make sure that any woman could find (or build) a pair of shoes that fit her perfectly. On top of offering three different width options for its shoes, Margaux also offers shoes that are made-to-measure so that women can buy flats, boots, and sandals online without any buyers’ remorse.

Starting with an e-commerce store in 2015, Margaux now has two boutique locations in NYC and Georgetown, D.C. They’ve also hosted pop-ups in places like Palm Beach, Nantucket, and Charleston.

Men’s fitness apparel brand Rhone is known for its dedication to performance and improving its products based on feedback from its community. Rhone also cleverly organizes its product pages not just by item category but also by function, like “commuter” and “recover”.

By providing context for their assortment, Rhone has made it clear that they want all products to serve a specific purpose in their customers’ lives. Rhone launched online first in 2014, and now has four stores located across New York and Connecticut.

Pottery brand East Fork launched in 2013 out of a converted tobacco farm in Madison County, North Carolina. Three years later, the company opened its first brick-and-mortar location in Asheville and moved its headquarters there, with another store location in Georgia coming two years after that.

Known as much for its earth and jewel tones and $42 plates as it is for its blog, the brand continues to embed itself in the local community while its products continue to offer a sense of tranquility to a largely NY-based target audience.

Taking care of plants can seem like a daunting task, one that may not fit into the busy lifestyle of most urbanites. But thanks to brands like The Sill, it’s never been easier to purchase and care for greenery at home.

Starting in 2012, The Sill offered customers the opportunity to easily order plants to their homes the same way they’d order furniture or food. But unlike furniture or food, plants require ongoing love and attention; as its grown, The Sill has put tremendous emphasis in providing guidance around this part of the job, both for its online audience and now for its local customers around its five stores in New York and Los Angeles.

When most people think of Steve Jobs, they think of Apple. But for fashionphiles, Jobs’s largest contribution was the notion and power of the uniform — freeing up mindshare by knowing exactly what you wanted to wear every day.

Misha Nonoo’s eponymous brand has capitalized on the power of the uniform through its capsule collection approach to its clothing and showing customers how to create multiple outfits from just a few core, staple items. As one of the first DTC brands to embrace the power of social media, Misha Nonoo now exists in real life in the Meatpacking District of NYC.

LoveShackFancy’s clothing is designed as if only to be worn while traipsing through the hills of a foreign land or lying in the grass where no one can find you. Floral feminine patterns and soft hues make it a staple of the warm, summer months, or a way to stay cozy in the winter — at least that’s what the brand’s homepage and web pages make you feel.

Fortunately, now that the brand has expanded to four stores with two more launching soon, transporting oneself to this sort of getaway can happen in person, too.

Nothing says closet staple like a reliable pair of boots — and that’s exactly where Thursday Boots comes in. The brand’s high-quality shoes (made for both men and women) are designed to work in any context, ensuring that its wearers always look good no matter where they find themselves and feel good about the price they paid. Launched through a Kickstarter campaign in 2014, the brand now operates two stores in New York City.

Feels like slippers, looks like shoes. That’s Birdies in a nutshell. Birdies did in fact launch with a focus on indoors shoes and slippers that were cozy yet stylish, but the brand quickly expanded to standard footwear at the behest of its growing fanbase.

After opening its virtual doors in 2015, Birdies now calls San Francisco home to its first brick-and-mortar location, where customers can try out the company’s seven-layer comfort technology that helps their products maintain their slipper identity.

The do-anything-in-it bra has evaded women for years. Then, Lively came around with hybrid products that spanned your workday and workout, and even your day at the beach. What the brand calls Leisurée most females would simply call a blessing.

In order for Lively to truly demonstrate the life-altering powers of its products, however, it needed to go beyond its online presence, and now has four boutique locations throughout the country.

Sneakers are the plain white t-shirts of the shoe world. Yet finding the perfect pair is still an ongoing pursuit for most. But Koio understands that what people are looking for combines reliability with style — and each one of their products illustrates that no one understands this balance quite like they do.

In addition to its unmatched quality of craftsmanship, Koio always offers its customers something new and fresh to consider when it comes to new colors and shapes. For this reason in particular, its stores have become incredibly important, and customers can now test drive Koio’s shoes at six different stores nation-wide.

Let’s face it: dry cleaning can be a drag and it can take a toll on anyone’s budget. But that shouldn’t get in the way of us enjoying a good night’s sleep, and Lunya has made that clear with their machine-washable silk pjs. But that’s just one example of Lunya’s unwavering focus on the power of functional sleepwear — whether it’s thinking about blood flow, ventilation, or support for your various physical assets, Lunya is always keeping a watchful eye.

To show how seriously they take the bedroom, the brand has focused its three store designs around showing how these products fit into the context of your home.

Nobull shoes and apparel are designed to support athletes who are constantly pushing boundaries and their own limits. On top of keeping customers on their toes with new products, NoBull also offers an entire library of video content for their target audience. They also give customers the opportunity to experience NoBull in person at their three stores: New York, Boston, and Miami.

All these brands and more (including Gymshark, Allbirds, Death Wish Coffee, Triangl, Bombas, Happiness Abscissa, Kylie Cosmetics, and Taylor Stitch) count on Shopify to run their businesses and have had tremendous results doing so. But being on Shopify is not what makes them the best Shopify stores.

What makes them true inspirations for the rest of the industry is how they go about connecting their in-store experiences and online website design so that customers feel they’re engaging with one brand no matter how they shop.

If you’re eager to deliver a similar user experience as these top Shopify stores, you’ve come to the right place. Endear is a prime example of the kind of app you can count on to deliver a seamless journey for your customers. It gives them a direct line to your sales team — whether they’re speaking to them face to face, or over email and text with Endear. Visit our page on centralized messaging to see how you can take advantage of what we have to offer.