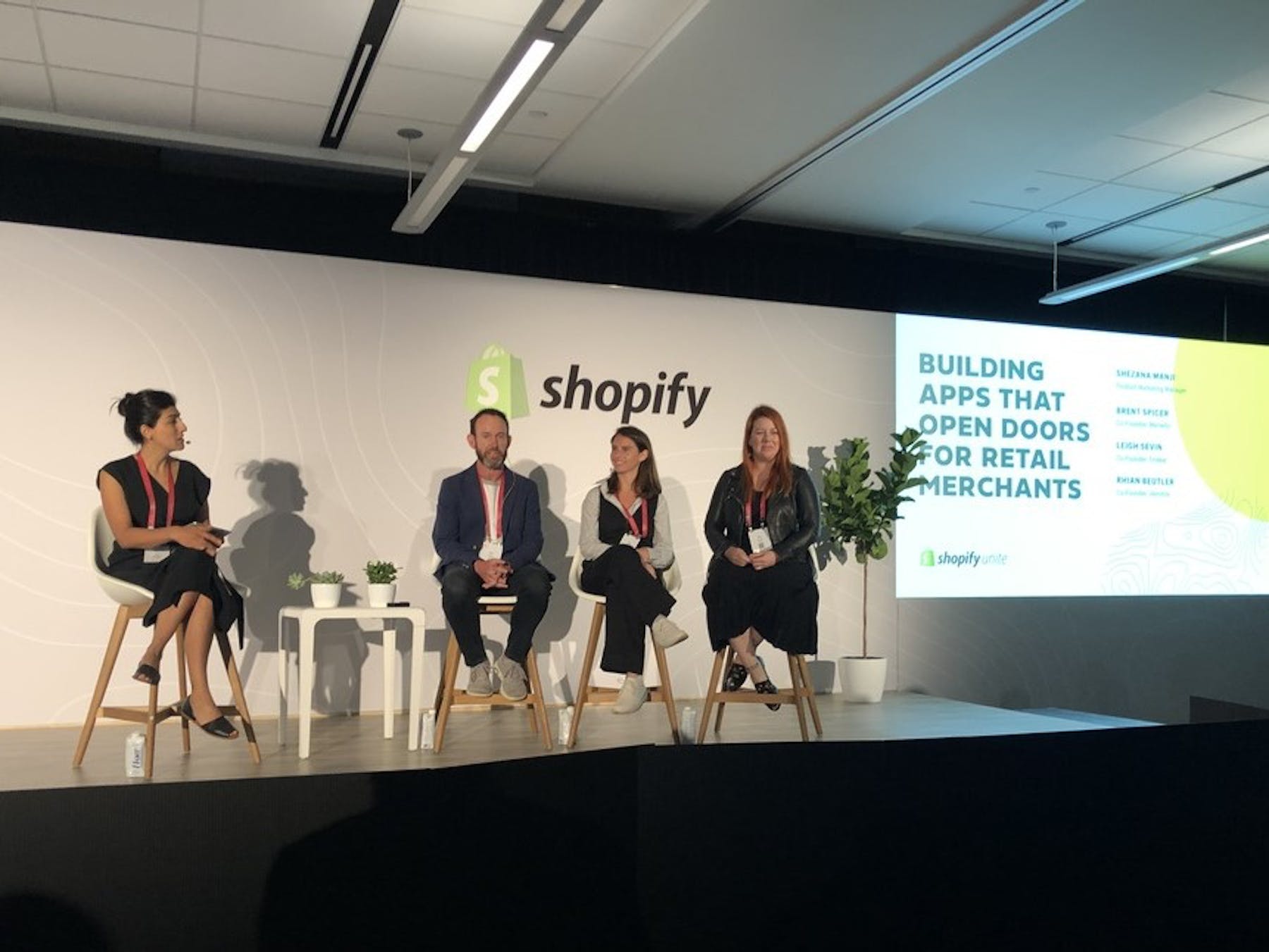 This past week, Jinesh and I had the privilege of attending Shopify Unite, the company's annual partner and developer conference - it was a blast. It was a blast to learn how much this ecosystem has accomplished together, and it was a blast to find out what's in store for Shopify and, in turn, all of the small businesses, solopreneurs, and large companies that take advantage of Shopify's never-ending pursuit of retail innovation.

Yes, I've clearly drank the Shopify cool-aid. I'm okay with that. But in the spirit of making this blog actually helpful and beneficial to the reader, I will try to cool it with the general praise and focus more on the major take-aways from attending the conference.

Why Does Shopify Host Unite?

Unite presents an opportunity for Shopify to educate its world-class network of partners and developers on what new features and improvements are coming down the pipeline so that this group of innovators can incorporate these enhancements into their various products and services for merchants. In other words, if Shopify is serving up the ball, it's up to the conference attendees to hit it out of the park.

But why do they do this? Why not host this conference for merchants instead?

Instead of trying to be a one-size-fits-all platform for all their merchants, Shopify focuses on making it easy and affordable for merchants of any size to create the right experience for their brand by tapping into a large network of developers and agencies. With this approach in mind, Shopify can use a conference like Unite to educate this ecosystem of partners who are then incentivized to improve their own services and market these new enhancements to their respective merchant customers - this strategy proves much easier than educating the 800,000 merchants that are currently using Shopify on what features are coming out.

Attending Shopify Unite meant hearing first-hand what Shopify has accomplished over the past year and where it’s headed. Below are some of the details I found most interesting:

As a POS app, Endear was invited to speak on a panel to help educate the Shopify community on why we are invested in seeing physical retail succeed. We were thrilled to speak about working with brick-and-mortar stores alongside the founder of Marsello, Brent Spicer, and the founder of the Shopify app ClockedIn, Rhian Beutler. Together, the three of us focused on the following:

While previous Shopify Unite’s were held in San Francisco, I was thrilled that the company decided to re-locate to its own HQ city of Toronto, so shout-out to Toronto for being an incredible host city – visiting right after the Raptors’ big win only made the city more alive, and yet not at all overwhelming. It’s truly a wonderful place to visit and I’m already looking forward to returning next year. Highly recommend making the trip!